Proposed that climate change presents an undisputed threat to the security, prosperity, economic and social development of people.
Image 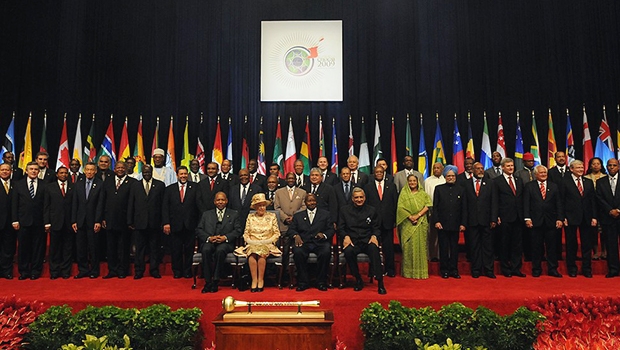 Port of Spain, Trinidad and Tobago, 2009

The Challenge of Our Time

Climate change is the predominant global challenge. We convened a Special Session on Climate Change in Port of Spain to discuss our profound concern about the undisputed threat that climate change poses to the security, prosperity, economic and social development of our people. For many, it is deepening poverty and affecting the attainment of the Millennium Development Goals. For some of us, it is an existential threat.

We reaffirm our commitment to the Lake Victoria Commonwealth Climate Change Action Plan and its further implementation, in particular by contributing to the efforts of member countries in transforming their economies and strengthening the capacity and voice of vulnerable groups.

We recognise the unprecedented opportunity of our meeting just ahead of the 15th Conference of the Parties to the United Nations Framework Convention on Climate Change (UNFCCC) in Copenhagen. We approach Copenhagen with ambition, optimism and determination. We welcome the attendance of leaders at the Copenhagen conference. The needs of the most vulnerable must be addressed. Their voice must be heard and capacity to engage strengthened.

Many of us from small island states, low-lying coastal states and least developed countries (LDCs) face the greatest challenges, yet have contributed least to the problem of climate change.

In keeping with the spirit of the theme of CHOGM 2009, ‘Partnering for a more equitable and sustainable future’, we warmly welcomed the UN Secretary-General, the Prime Minister of Denmark and the President of France.

We represent a third of the world’s population in all continents and oceans, and more than a quarter of the parties to the UNFCCC. We have the global reach and diversity to help forge the inclusive global solutions needed to combat climate change.

Science, and our own experience, tells us that we only have a few short years to address this threat. The average global temperature has risen because of the increase in carbon and other greenhouse gas emissions. The latest scientific evidence indicates that in order to avoid dangerous climate change that is likely to have catastrophic impacts we must find solutions using all available avenues. We must act now.

We believe an internationally legally binding agreement is essential. We pledge our continued support to the leaders-driven process guided by the Danish Prime Minister and his efforts to deliver a comprehensive, substantial and operationally binding agreement in Copenhagen leading towards a full legally binding outcome no later than 2010. In Copenhagen we commit to focus our efforts on achieving the strongest possible outcome.

A global climate change solution is central to the survival of peoples, the promotion of development and facilitation of a global transition to a low-emission development path. The agreement in Copenhagen must address the urgent needs of developing countries by providing financing, support for adaptation, technology transfer, capacity- building, approaches and incentives for reducing emissions from deforestation and forest degradation, and for afforestation and sustainable management of forests.

In addition, we will strive to significantly increase technological and technology support to developing countries to facilitate the deployment and diffusion of clean technologies through a range of mechanisms. We will work to facilitate and enable the transition to low-emission economies, climate resilience and, in particular, support, including through capacity-building, for increasing the climate resilience of vulnerable economies. We will also aim to develop cleaner, more affordable and renewable energy sources. We must explore  global mechanisms through which those identified technologies can be disseminated as rapidly as possible.

Ensuring the viability of states should underpin a shared vision for long- term co-operative action and a long-term global goal for emission reductions. In building towards an international agreement, all countries will need to play their part, in accordance with the principle of common but differentiated responsibilities and respective capabilities.

We need an ambitious mitigation outcome at Copenhagen to reduce the risks of dangerous climate change without compromising the legitimate development aspirations of developing countries. We stress our common conviction that urgent and substantial action to reduce global emissions is needed and have a range of views as to whether average global temperature increase should be constrained to below 1.5°C or to no more than 2°C above pre-industrial levels. We also recognise the need for an early peaking year for global emissions. Developed countries should continue to lead on cutting their emissions, and developing countries, in line with their national circumstances, should also take action to achieve a substantial deviation from business-as-usual emissions including with financial and technical support, and also supported by technology and capacity- building.

Progress towards predictable and adequate finance for adaptation and mitigation measures must be achieved in any new multilateral approach. Public and private financial resources for developing countries will need to be scaled up urgently and substantially by 2020. We recognise that adaptation finance in particular should be targeted towards the poorest and most vulnerable countries. The provision of finance should be additional to existing official development assistance (ODA) commitments. In this respect, we acknowledge the potential role of the private sector and carbon markets.

In addition, we recognise the need for an early start to the provision for financial resources. Fast-start funding, constituting grant funding, should provide substantial support for adaptation, REDD plus1 and clean technology. We welcomed the initiative to establish, as part of a comprehensive agreement, a Copenhagen Launch Fund starting in 2010 and building to a level of resources of US$10 billion annually by 2012. Fast-start funding for adaptation should be focused on the most vulnerable countries. We also welcomed a proposal to provide immediate, fast-disbursing assistance with a dedicated stream for small island states and associated low-lying coastal states of the Alliance of Small Island States (AOSIS) of at least 10 per cent of the fund. We also recognise the need for further, specified and comparable funding streams, to assist the poorest and most vulnerable countries to cope with and adapt to the adverse impacts of climate change. We recognise that funding will be scaled up beyond 2012.

Issued at the Commonwealth Heads of Government Meeting, Port of Spain, Trinidad and Tobago, 27 – 29 November, 2009. 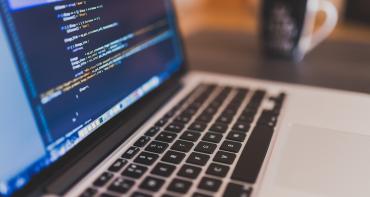