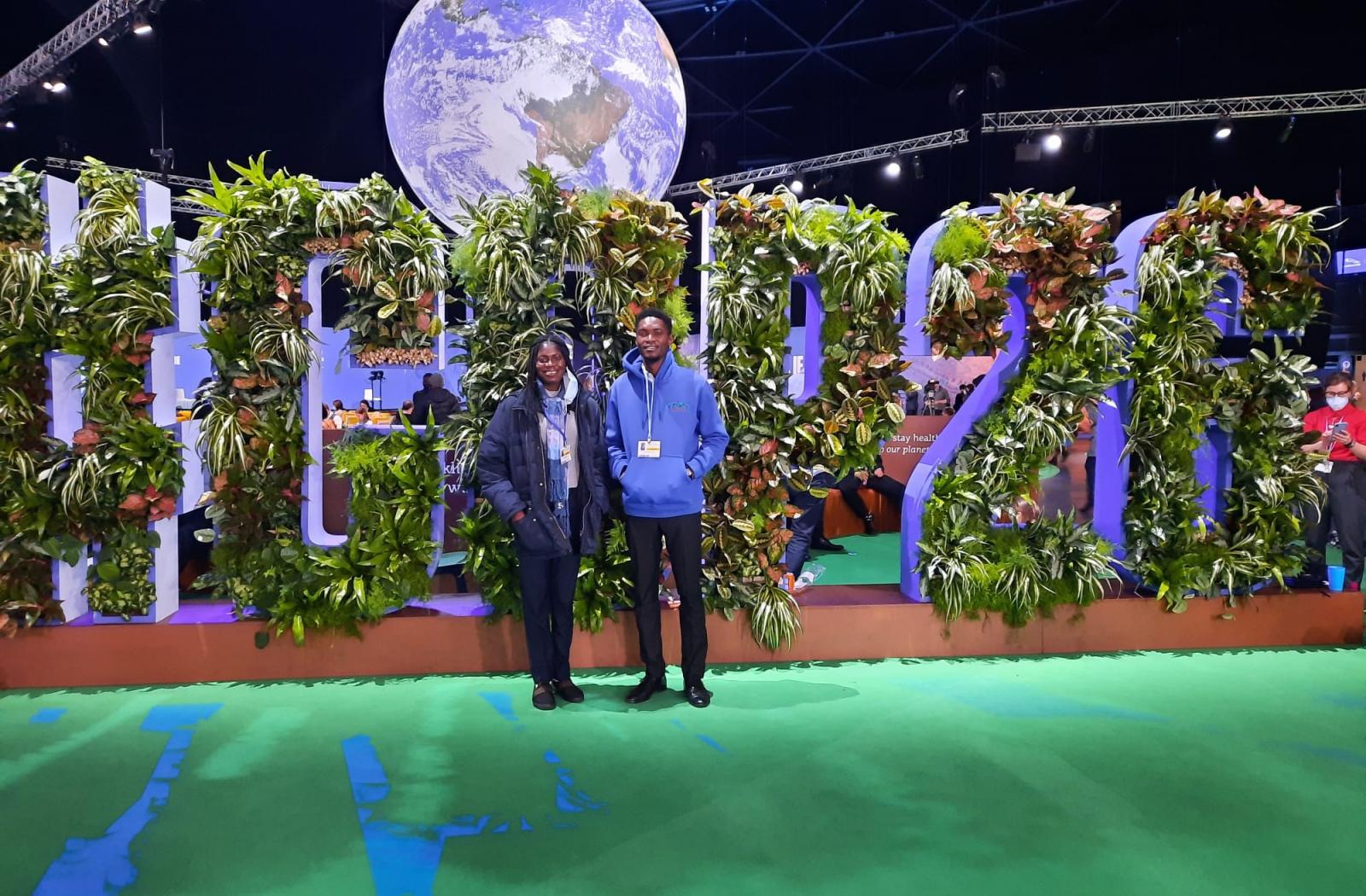 Young people are instrumental in climate change decision-making now more than ever as COP26 draws to a close in Glasgow. Young climate activists from across the Commonwealth shone a light on just how critical youth are at a series of events organised by the Commonwealth Youth Programme at this year’s COP but demanded world leaders need to take more action beyond the annual conference.

Commonwealth youth, as well as members of the Commonwealth Youth Climate Change Network, were given the opportunity to attend COP26 and host four Commonwealth climate change events on week one of the conference: Spotlighting Transformative Youth Climate Action, a Climate Youth Huddle, High-Level Intergenerational Dialogue featuring Secretary-General of the Commonwealth, Patricia Scotland and Mainstreaming Youth in Policy-Making Post-COP. The events put youth at the centre of important climate discussions where they focused on the climate action young people are taking, the challenges they face and solutions going forward.

Speaking at the Spotlighting Transformative Youth Climate Action event, Kakembo Galabuzi Brian, 2020 Commonwealth Young Person of the Year and founder of WEYE Energy (an innovative waste to energy youth project) said: “The leaders keep saying it’s your future, it is what you are inheriting. Therefore, let us be part of the decision making in that future.”

Aurelia Bruce, Assistant Programme Officer at the Commonwealth Secretariat, supported Kakembo’s statement and said: “As you would have seen we have a number of young people who are present at COP but so many more are at home still and that speaks to the opportunity to attend and participate in conversations like this.”

She added: “We want to include youth; we want to mainstream youth, but young people have to be in the room. If they are not in the room and issues that impact them, their lives, their future and their livelihoods are being discussed then what are we doing?”

It was clear from the conference that youth across the Commonwealth and beyond are desperate to be mainstreamed and have their voice heard when it comes to key political decisions on climate change.

The youngest ever Commonwealth Youth Award winner Brianna Fruean from the Pacific region addressed heads of states and governments on the main stage. She said: “You all have the power here today to be better. To remember that in your words you wield the weapons that can save us or sell us out. I don’t need to remind you the reality of vulnerable communities. If you’re here today, you know what climate change is doing to us. You don’t need my pain or tears to know that we're in a crisis.”

Throughout COP, world leaders have paid tribute to the hard work of young people fighting the climate crisis. Speaking at the High-Level Intergenerational Dialogue on Climate Change, Secretary-General of the Commonwealth, the Rt Hon Patricia Scotland QC, commended the Commonwealth Youth Climate Change Network for its action and urged youth to exercise their power to advocate for change. Although unable to attend the conference, Her Majesty Queen Elizabeth II and Head of the Commonwealth also recognised the efforts of young people. She said in a video message: “I have drawn great comfort and inspiration from the relentless enthusiasm of people of all ages, especially the young in calling for everyone to play their part.”

Stay up to date with the Commonwealth Youth Programme and CYCN’s post-COP initiatives via social media: @ComSecYouth @CYCNOfficial