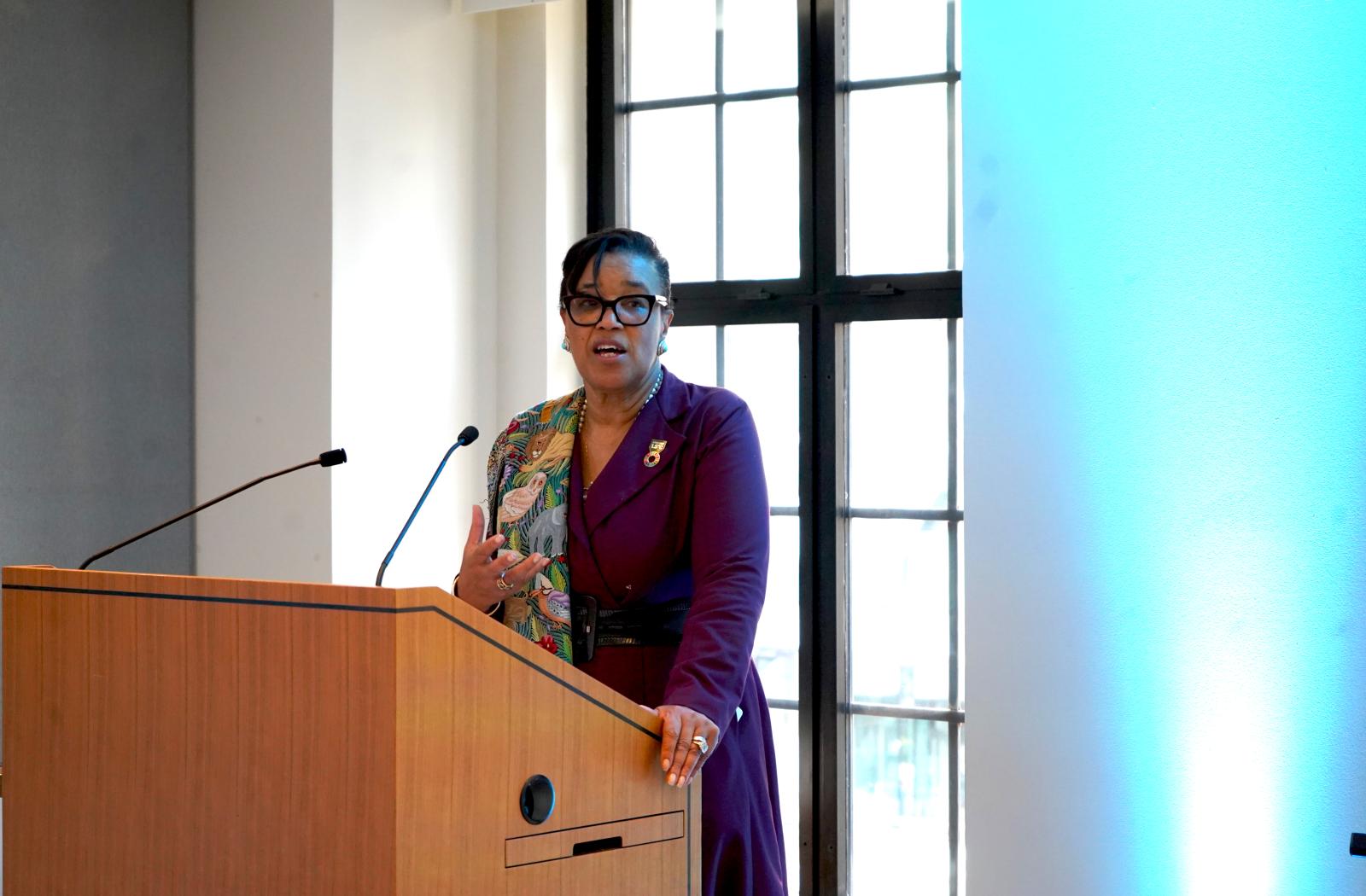 Governments and the business community across the Commonwealth are set to meet for the first and largest in-person gathering at the Commonwealth Business Forum, held alongside CHOGM in Kigali later this month. Ahead of the Forum, the Commonwealth Secretary-General addressed members of the Eastern Africa Association reaffirming the Secretariat’s commitment to supporting member governments, businesses, and the people in East Africa as they unleash their full potential

The Commonwealth Secretary-General, The Rt Hon Patricia Scotland QC, addressed the Eastern Africa Association (EAA) during their annual summer reception on 8 June 2022, where members and business leaders gathered to discuss the region’s major events focusing on global partnerships, regional trade development and integration. The Secretary-General outlined the Secretariat’s mission to promote economic opportunities across the Commonwealth, and in particular, East Africa.

In her keynote address, the Secretary-General reaffirmed the Commonwealth Secretariat’s long-lasting support and commitment to the welfare, development, and prosperity of East Africa.

“And I pledge again to you all tonight, that I will do everything in my power to enable governments, businesses, and the people of East Africa to flourish and thrive – and to unleash their full potential. It is my firm belief that, by aligning the benefits of Commonwealth membership with East African priorities, we can unleash this potential.

When I took office as Secretary-General in 2016, I outlined my vision to put the “wealth” back into the Commonwealth; and to put the “common” back into wealth so that we all share in our future prosperity.

Secretary-General Scotland also spoke about the Secretariat’s priorities in supporting member countries to align their national and regional trade ambitions to build more resilient, sustainable and prosperous economies, especially through challenges and crises such as the COVID-19 pandemic and the increasing intensity of climate change impacts.

Building back better after the COVID-19 pandemic

With regards to the upcoming meeting in Kigali, the Secretary-General noted that CHOGM and the Business Forum will provide a key opportunity for traders and investors from the UK, the East African region, and the Commonwealth to address common challenges, identify new opportunities, and create lasting partnerships to deliver more investment.

Hosted as a partnership between the Government of Rwanda and the Commonwealth Enterprise and Investment Council (CWEIC), the Business Forum will address the CHOGM theme ‘Delivering a Common Future: Connecting, Innovating, Transforming’, with a focus on “A Global Reset”, dealing with the impact of the pandemic and the Commonwealth’s role in rebuilding and reinvigorating the global economy.

“We live in a time of change, challenge and uncertainty. The pandemic cost Commonwealth countries more than $1 trillion in 2020 alone.

We have a big job to do to help countries build back – and build back better. Climate change is now at code red for humanity – and the window for action is rapidly closing. We need action and urgency.

We need to help Commonwealth countries navigate the dangers of conflict and instability in our world, not least in rising global food and fuel prices.

And for all our citizens, we need to accelerate our progress towards delivering the Sustainable Development Goals.”

“I truly believe we can face and overcome these challenges together – and that East Africa and the Commonwealth can stand as a beacon of cooperation, partnership and friendship in an uncertain world,” she concluded.

In addition to the Commonwealth Secretary-General, a high-level panel of speakers including the President of Rwanda, H.E. Paul Kagame, the British Prime Minister, The Rt Hon Boris Johnson, the Prime Minister of Barbados, Rt Hon Mia Amor Mottley, and the President of Zambia, H.E. Hakainde Hichilema, are set to take part in the Forum.

Other guest speakers at the EAA reception included H.E. Johnston Busingye, Rwanda’s High Commissioner to the United Kingdom, who reassured guests of Rwanda’s readiness to welcome businesses attending CHOGM. H.E. Manoa Esipisu, Kenya’s High Commissioner to the UK provided an update on Kenya’s preparation to hold the General Elections in August, reassuring a peaceful process and transition, which is important for businesses.

The Eastern Africa Association was established early in 1964 on the initiative of a number of prominent, mainly British-based companies with business interest in East Africa. Its membership now embraces more than 350 foreign investors, representing all major sectors of business investment in agriculture, industry, commerce, financial services and the professions.

For further information about the Commonwealth Business Forum, visit: https://www.chogm2022.rw/CBF/