Blog: Two young people who are restoring the beautiful environment of their childhoods 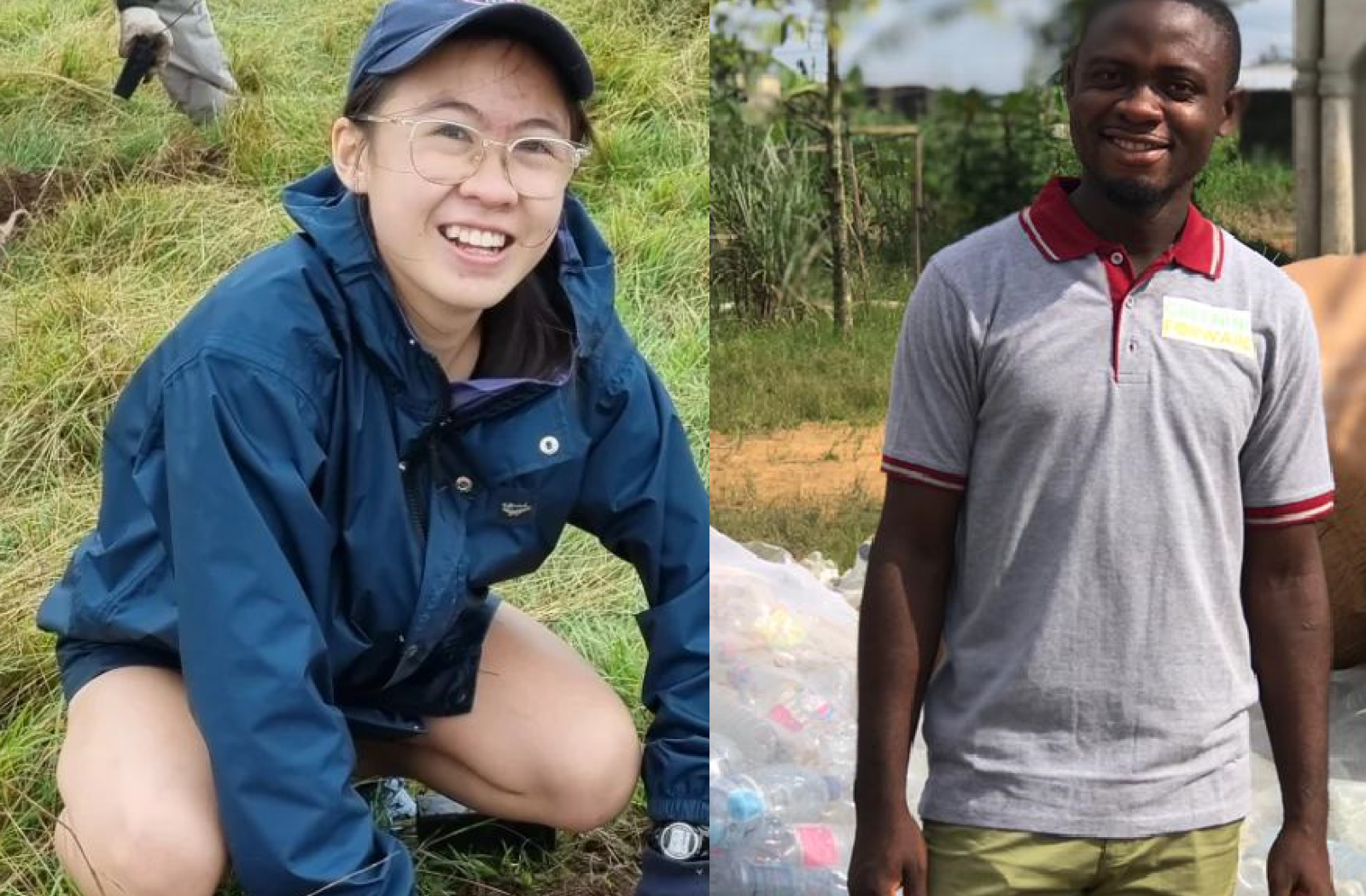 Some people want to protect our living planet because they are passionate about social justice. Others envision a future of clean technology and renewable energy. But Forbi Nyosai from Cameroon and E Wen Wong from New Zealand are driven to preserve nature by memories of the beautiful environments they grew up in.

Forbi Nyosai is a final year student of environmental science at the University of Buea, Cameroon, who was first inspired to act on climate when revisiting a beach he had played on as a child. "I went back to that same beach and saw there was a lot of plastic there. Moving around my community, I realised plastic was a big problem, and I had to do something about it." 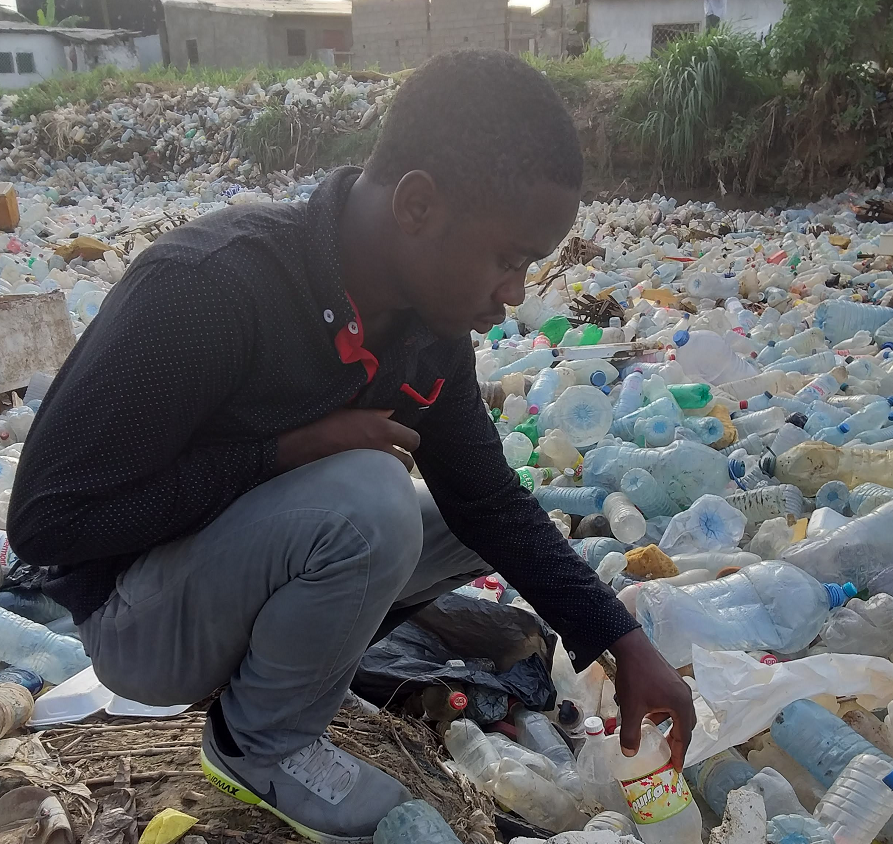 Inspiration also came from other sources for Forbi: “I come from a middle-income home; my dad was a chef, so we could afford TV. I'd watch National Geographic Discovery channels. I wanted to learn more about the problems around me that led me to doing more research online. I would also say the works of others who were not in my country also inspired me, as I didn't have anyone to look up to within my community."

This curiosity led Forbi to create SMS Club, a programme to introduce local schools to environmental projects. "2018 was when I began sharing on social media, connecting people, and that was the beginning of my real work on the ground. I think I reached out to all the schools in my town, but I had a good link with about 15 schools. The number of students I have affected directly is about 3,000. We ran eco competitions with the schools and came up with micro projects for them.”

Forbi also serves as the Environmental Science association president at his university and is involved with local and international non-profits, where his focus has been on UN Sustainable Development Goal 14: Life below water. He says: "The ocean ecosystem is the most diverse, and we are losing it daily. Many fish are lost each day because of our habits."

Due to the restrictions of COVID-19, in 2020 Forbi and his team launched a campaign to distribute a colouring book to hundreds of households, that explained the plastic journey. He said "These households had more than two kids per household and most kids were at home and not in school. They could sit back at home and colour in this book and learn more about plastic pollution, the ocean, and the journey that plastic takes before it goes into the ocean. We provided 300 households with colouring pencils and books.” 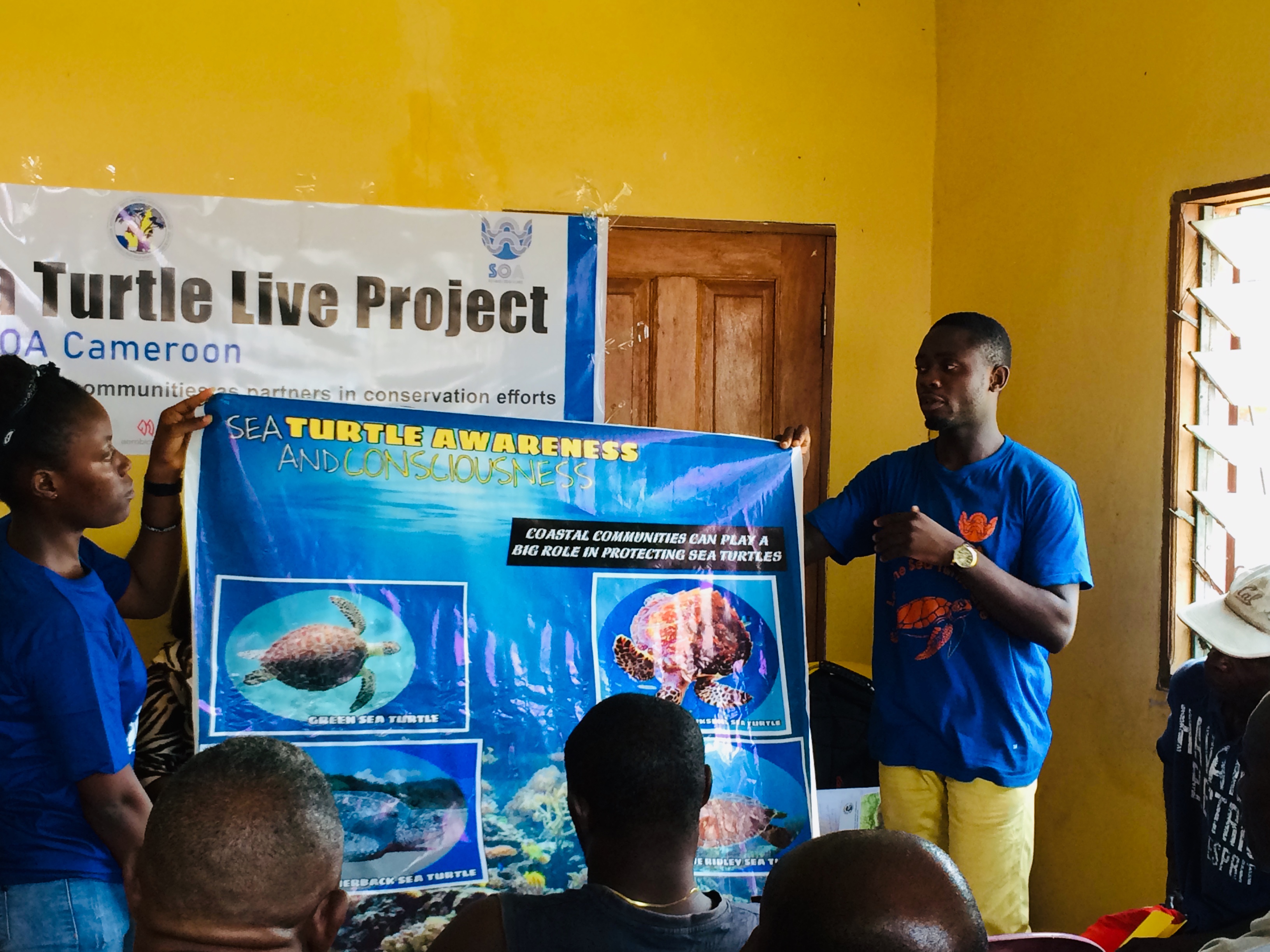 Another young person working to redress the balance in our ocean ecosystem is E Wen Wong. Like Forbi, she was also influenced from an early age by the beautiful nature and landscapes of her surroundings in New Zealand, which she is keen to protect.

Today E Wen is studying Law and Environmental Science at the Australian National University. But E Wen started working on environmental issues at just 10 years old, when she got involved in a research-based, academic program called Future Problem Solving.

While competing in the 2013 National Finals, she was exposed to the issue of marine pollution. The topic involved researching plastic pollution issues and solutions, triggering further research that profoundly affected E Wen: “As I delved deeper, I became increasingly shocked by the effects of plastic pollution on our communities and ecosystems”.

In response to her experience, in 2016 E Wen started working with environmental non-profit organisations in her hometown of Christchurch, New Zealand. She also established a Sustainability Council at her school through which she started, among other initiatives, recycling materials in partnership with TerraCycle Depot.

After seeing a need for more youth-focused and led environmental projects in her community, she was driven to establish a charity, Plastic Solution Charitable Trust (P.S. Our Beaches). 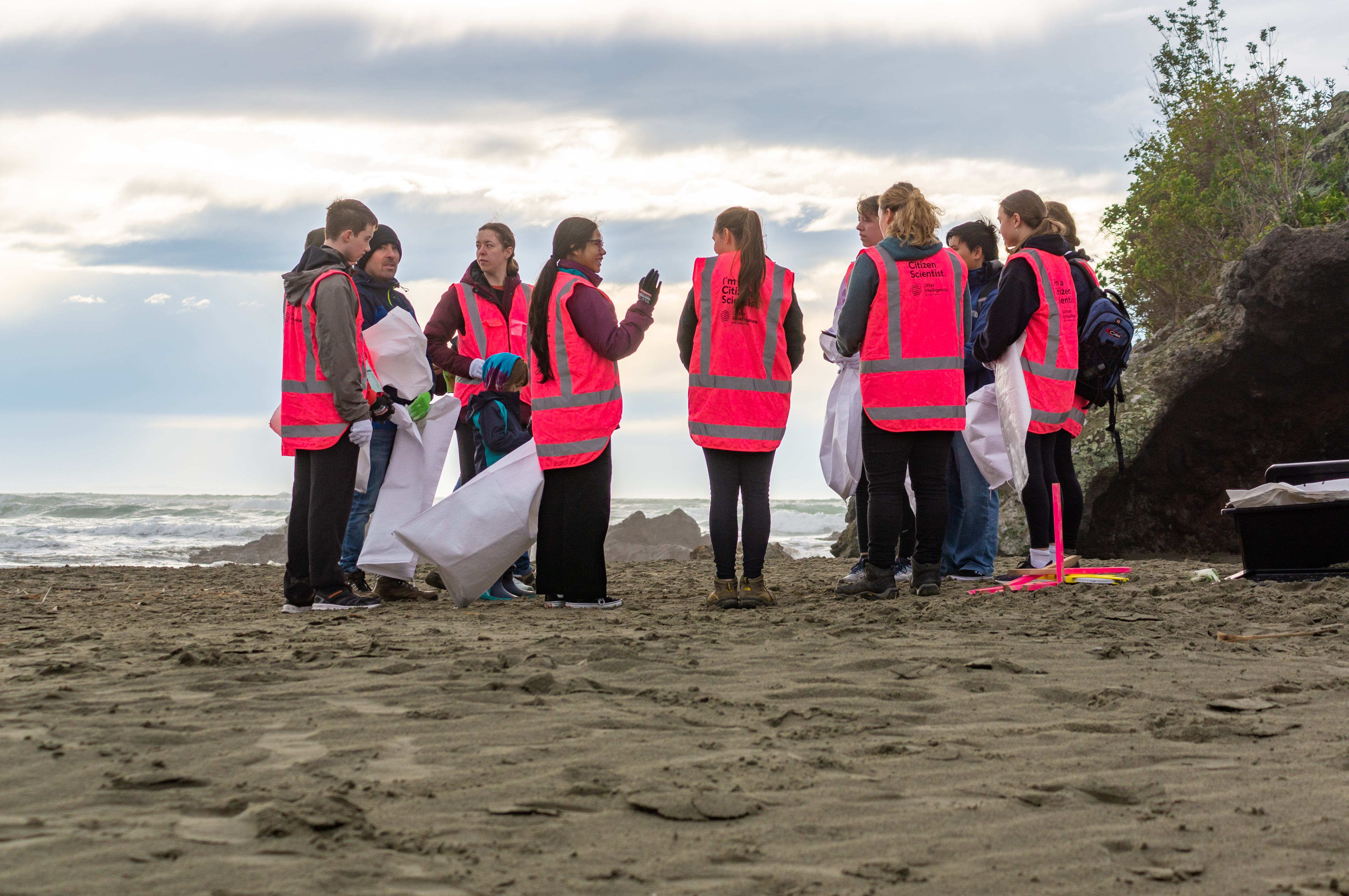 E Wen and her friends carried out beach clean-ups and other projects to address local plastic pollution issues. She explained: “Practical action events like clean ups are a big part of what we do.

"Not only are we having a direct impact on the environment, these events provide an opportunity to educate young people about environmental issues and to inspire individual action against these issues. At the same time, it fosters deeper understanding that assists in the push for more systemic change”.

In 2019, through P.S. Our Beaches, E Wen launched the EnviroPAST (Plastic and Sustainability Talks) initiative. EnviroPAST is a two-day conference which aims to inspire, educate, connect, and challenge young people through talks by expert speakers in the plastics and sustainability space, hands-on workshops, and a practical action event.

In EnviroPAST and all other P.S. Our Beaches initiatives, E Wen and her team aim to use creativity, art and technology to amplify impact. 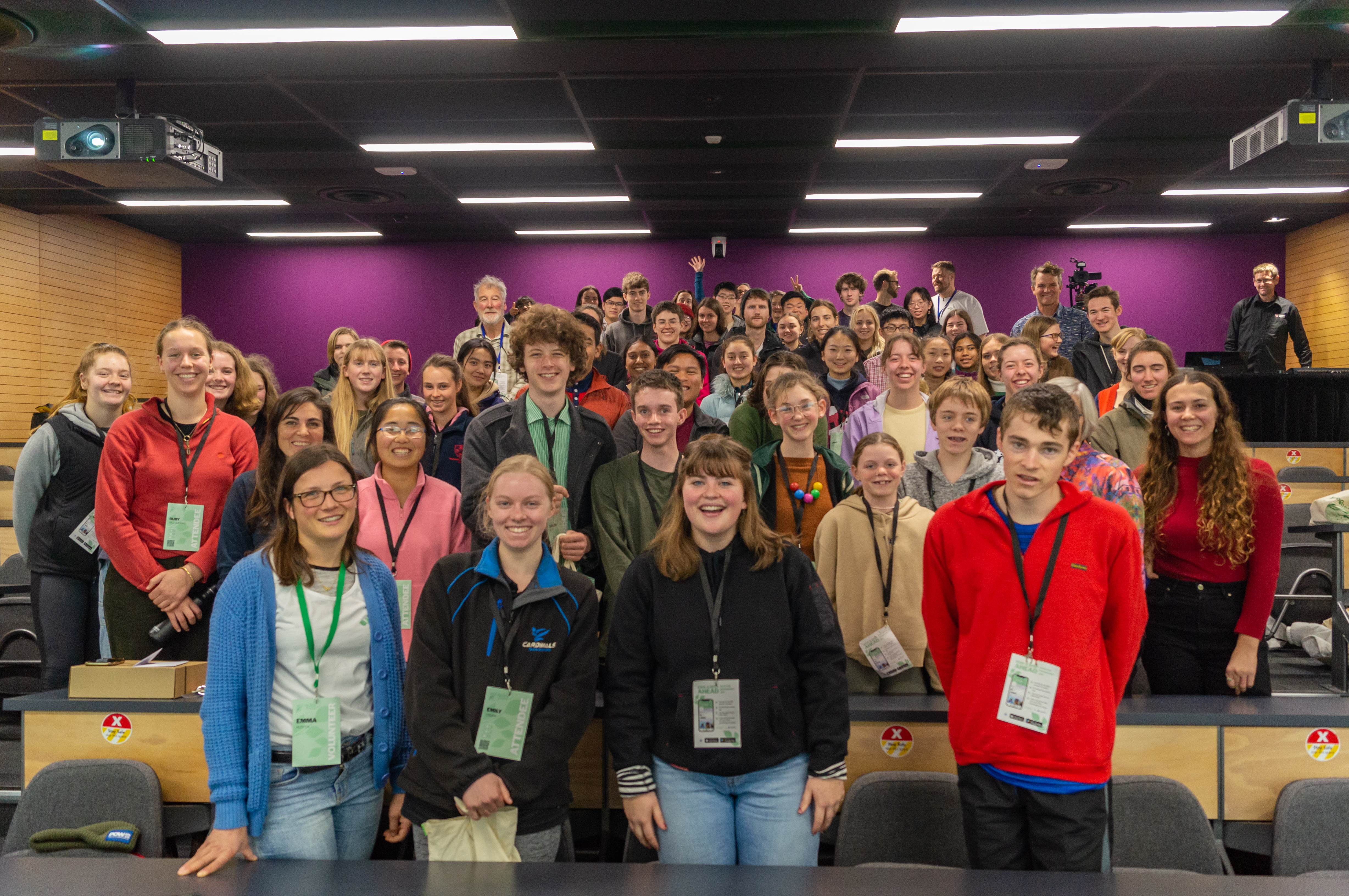 So far E Wen has convened the EnviroPAST conferences through grants and funding from local and regional councils, local organisations and other charities, notably the Wright Family Foundation. She says that while partnerships have been critical in the success of the initiative, community activism is a collaborative effort.

She advises building a passionate team alongside local support: “Make sure that you have a good community around you, with diverse skills and backgrounds but also shared values and passions.

“Tap into your strengths and the strengths of your team as well. In my case, I have used poetry as a vehicle to communicate environmental topics, converging my passions for both poetry and our environment. Know what you are good at and find out how you can tie that into your activism as well.”

While young people like both E Wen and Forbi have unique creative, strategic and mobilising talents, everybody has the power to create change.

Together, each Commonwealth citizen who is proud of their beautiful natural environment has the inspiration they need to co-create a healthier world for all. 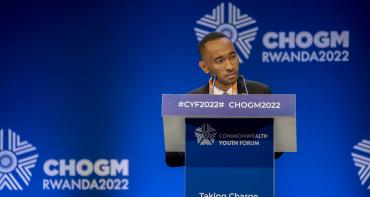 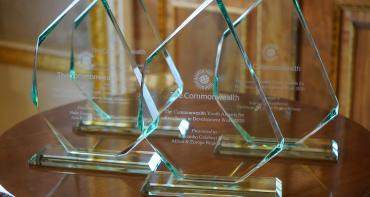